Shane has more than 30 years experience in Defence and Defence Industry, leading teams within global businesses, and serving with the Royal Australian Air Force. Prior to joining CASG as First Assistant Secretary Helicopter Systems, Shane was General Manager – Emerging Business for QinetiQ Australia. He joined QinetiQ in 2015 as the Strategy and Business Development Director and was appointed as General Manager Emerging Business in January 2017. In these roles, Shane was responsible for establishing the core strategy and led a large dedicated campaign team to pursue a portfolio of significant and complex growth opportunities for the company. Prior to joining QinetiQ Australia, Shane served in a variety of increasingly responsible positions including BAE Systems Program Manager for the Bahrain Hawk Program; head of the multi-billion dollar Project Salam for the establishment of the Eurofighter capability in Saudi Arabia; Boeing Defence Australia Senior Manager – Program Management and Raytheon Australia Business Development Director – Aerospace. Shane holds a Bachelor’s Degree in Engineering, a Master’s Degree in Capital Equipment Procurement and an Executive Master’s Degree in Complex Project Management.

Sam Sangster’s career spans both the public and private sectors, including time with some of Australia’s largest ASX-listed companies and professional service firms. Sam has worked with the Victorian Government, delivering multi-billion dollar projects such as Melbourne’s Docklands in partnership with the private sector. As CEO of Health Infrastructure NSW, Sam was responsible for steering the delivery of the largest portfolio of health capital works in Australia, spanning metro, regional and rural NSW. During the five years of his tenure, Sam oversaw the growth of the portfolio from $3.2 billion in 2011-12 to $14.4 billion in 2018-19.

ICCPM jointly with it’s series partner and event sponsors held various Roundtable discussions on the theme around Australia and Internationally.  The workshop events brought together many senior project leaders to address challenges and opportunities surrounding leadership for Government, Industry and SME’s, across different sectors to help enable greater project success.  The discussions at the events have formed the foundations of the final White Paper publication, which aims to bring together valuable insights related to the issues surrounding leadership in large scale complex projects.

Using the findings from the international roundtable discussions, ICCPM will be using the valuable feedback as the foundation for future leadership courses, workshops, and as a key consideration toward the review of the Complex Project Manager Competency Standards currently underway. Who is the Leader?

“When this book was still a germ of an idea, Jonathan Norman, from Gower Publishing, posed an important question about leadership of complex projects. He asked: ‘Who is the leader?”

The answer to that question, strongly supported by the results from our research, is that in a complex project or programme there is rarely one leader. A complex project or programme is a multi-level endeavour involving numerous different groups and individuals, a kind of macro-team activity. Although certain individuals might be required to take overt leadership roles at critical times, the command-control notion of a single leader stems from a simpler world view. The many levels of leadership in a complex programme or project must somehow coalesce – individuals, teams, organisations and environment. Highly networked groups interact, each group having a small but significant impact on the overall carriage of the project.”

In our 2016 Roundtable Series we looked specifically at “Contracting for Success in Complex Projects”.  For our 2018 Series we look to build on the successful outcomes from that series, specifically focusing on the most vexing issue;  What does Leadership for Success in Complex Projects mean?  We have partnered with the John Grill Centre for Project Leadership at The University of Sydney to investigate this critical topic. The John Grill Centre has significant expertise and experience in the area of project leadership through their applied research and leadership development programs targeting Boards, executives and project directors/managers. They have worked with organisations across multiple sectors of the economy to uplift their ability to lead, sponsor and govern projects and have demonstrated strong contributions to project success through these initiatives. 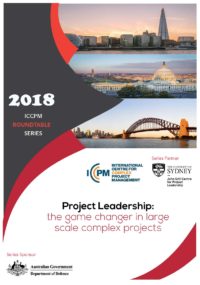 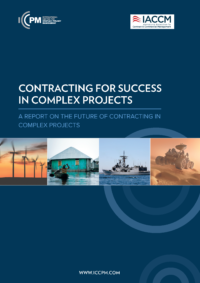 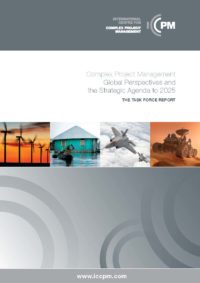 Complex Project Management :
Global Perspectives and the Strategic Agenda to 2025

With thanks to our sponsors: